The Haunted House That Isn’t

I recently visited the Winchester Mystery House in San Jose, California. I’ve wanted to see that place for a long time, because it’s said to be haunted. I do rather enjoy a good ghost story, truth be told! However, when I came away, I was mystified. The place was decidedly Victorian, massive, and weird, with staircases that led nowhere, doors that led to a drop below, and other oddities. But it was also charming and filled with lovely wood floors and gorgeous molded wall coverings, colorful art glass windows and ornate carved fireplaces. And in the end, it simply didn’t feel haunted. So subjective, I know.

Well, I got a bit obsessed after I came home, so I did some research. What I found made me feel quite vindicated in my conclusion. Plenty of other people don’t think the Winchester house is haunted, either. The wild stories about Sarah Winchester, heir to the Winchester rifle fortune, reputed wacky old lady who built a wild labyrinth of a house to confuse angry spirits, were made up. Pure and simple.

In 2010, Mary Jo Ignoffo, a California historian and college professor, perused letters from family, friends and former employees, even Sarah’s lawyer, to write a biography of Mrs. Winchester. These documents tell a different story. Sarah Winchester, the woman who built this large and crazy house, was not crazy herself. (Click on this link for information about Ms. Ignoffo’s book, Captive of the Labyrinth).

I’m going to share a few things I learned that convinced me there are logical reasons for everything in that house. I’m including some fun photos.

Story: In 1884, Mrs. Winchester bought an 8-room farmhouse in what was then rural California, and started adding onto it. She kept carpenters and craftsmen working 24 hours a day for the next 38 years and added room after room to her house, fearing that if she stopped, spirits who were victims of the Winchester rifle would exact their revenge upon her. 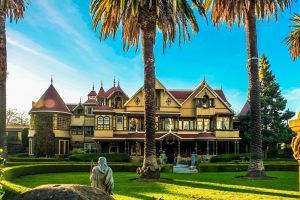 Alternate Explanation: According to Ms. Ignoffo, no additional building was done on the house after the major California earthquake of 1906, which severely damaged the place. Ceasing the expansion work at this time means that the work continued for only 22 years, not 38. Also, records from Sarah’s foreman show that she never kept workers toiling on her home around the clock, day in and day out. There were periods in which no work on the house was undertaken. In addition, Sarah owned several other properties in the area. The San Jose mansion was never her only place of residence.

Story:  During nightly séances, spirits told Mrs. Winchester what to build next and she passed on those plans to her workers. This haphazard manner of planning resulted in doors that led to nowhere, staircases that stopped at the ceiling, and chimneys that stopped inches before the roof.

Alternate Explanation: Mrs. Winchester chose not to rebuild after the earthquake. She had the rubble carted away and sealed off the most damaged areas of her San Jose mansion. This resulted in doors leading to nowhere, staircases that led to walls or a ceiling, pipes that stuck out from outer walls, and seemingly unfinished chimneys. Mrs. Winchester herself was reported to have told a friend that her post-earthquake house “looked as though it had been built by a crazy person.”

Story: Sarah held nighty séances in her “blue room,” a small square chamber in the heart of the house. Thirteen hooks inside a cupboard supposedly held thirteen colored robes which Sarah would don while summoning spirits in a nightly ritual. Sarah in fact was said to be obsessed with the number thirteen, and guides point out all the occurrences of that number throughout the house, in ceiling panels, steps on staircases, window panes, and the number of lights on the chandelier in the ballroom.

Alternate Explanation: According to the “Demystifying the Mysterious” Facebook page, which is dedicated to sharing the logical history about this magnificent house, one post suggests that that small room was simply a storage room, and at one point served as a bedroom for one of the staff. An early photo shows that there were several rows of hooks within the storage cupboard where the robes were said to have hung, making the total number much greater than thirteen. Ms. Ignoffo claims that all references to the number thirteen were coincidental or were installed after Sarah’s death.

Why build such a big house in the first place? The mansion does contain at least 160 rooms, and aerial views show what a massive, sprawling complex it is. Ms. Ignoffo states that in happier years before the death of her husband, William, Sarah had worked with him to design and decorate the home they shared in New Haven, Connecticut. After William died, Sarah did indeed grieve and likely suffered from a period of depression. She was also beginning to feel the effects of rheumatoid arthritis. Her doctor prescribed a move to a warmer climate to help her deal with the painful symptoms that would plague her the rest of her life, as well as a hobby to deal with her grief. Hence the move to California and the start of one heck of a hobby.

Where did the stories come from? First, from gossip. Sarah was very private and didn’t go out much because of her health. She apparently never returned social calls. Spiteful tongues wagged. Then, there were the newspapers, which were notorious at the time for “yellow journalism” –the wilder the story, the more papers sold. Sources were anonymous, or more likely made up. The oddball stories about spirits, séances and other such nonsense began as gossip and speculation, but once reported in the papers they were considered as fact.

I take this as a lesson about gossip and greed. It’s very human to enjoy sharing or hearing a good, juicy story. Therefore, gossip tends to spread like wildfire through dry grass, and like fire, it can leave a lot of damage in its wake. As for greed: journalists want their papers to sell, and what sells better than a tale about a reclusive, crazy woman haunted by spirits?

Yes, the house is massive, and there are strange things to behold, but I believe the Winchester Mystery House is nothing more than a very large and ornate home built by a wealthy, perhaps eccentric, but also intelligent and completely sane woman. If you want to continue to think the place is haunted, please feel free. Who am I to refute your opinions or even firsthand experiences? I believe we all create our own realities. Anyway, I still love a good ghost story! I’m just convinced I didn’t find one in San Jose. 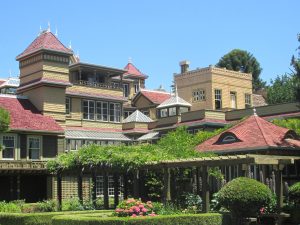 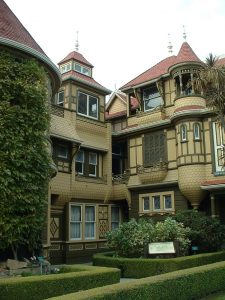 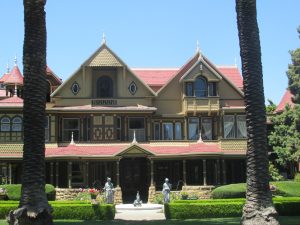 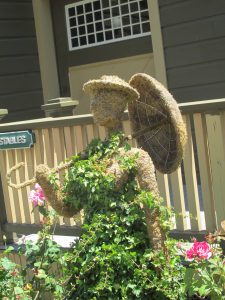 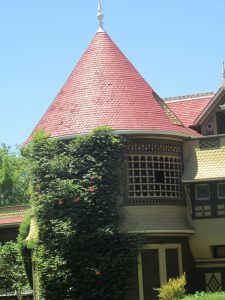 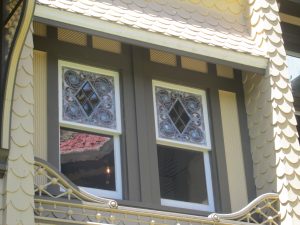 Click here for a fun article about the house and some great interior photos. 🙂

1 thought on “The Haunted House That Isn’t” 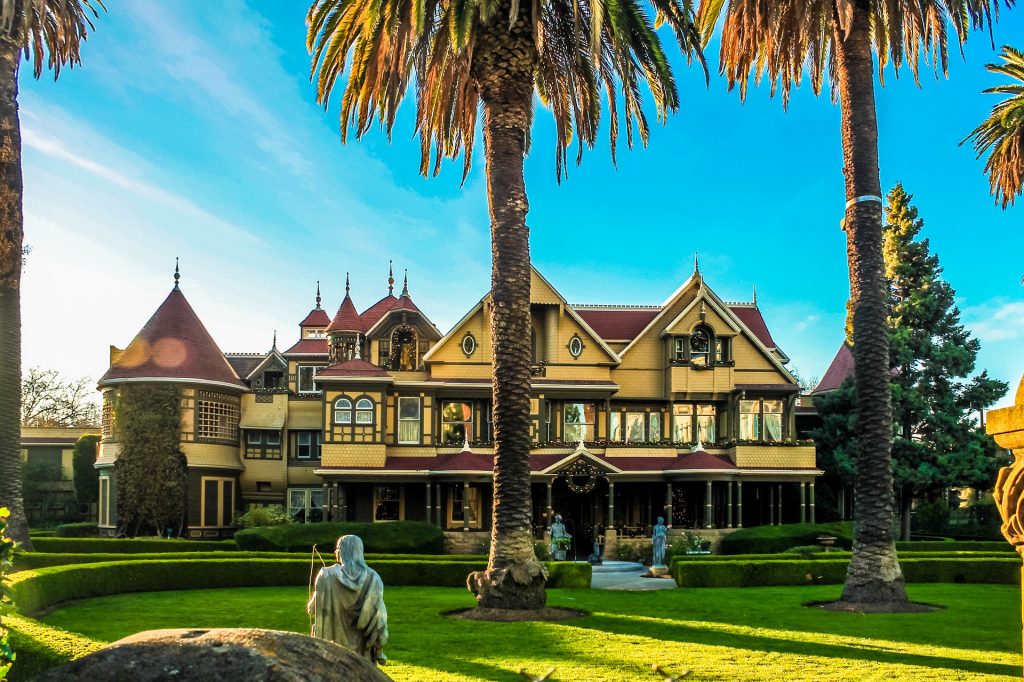